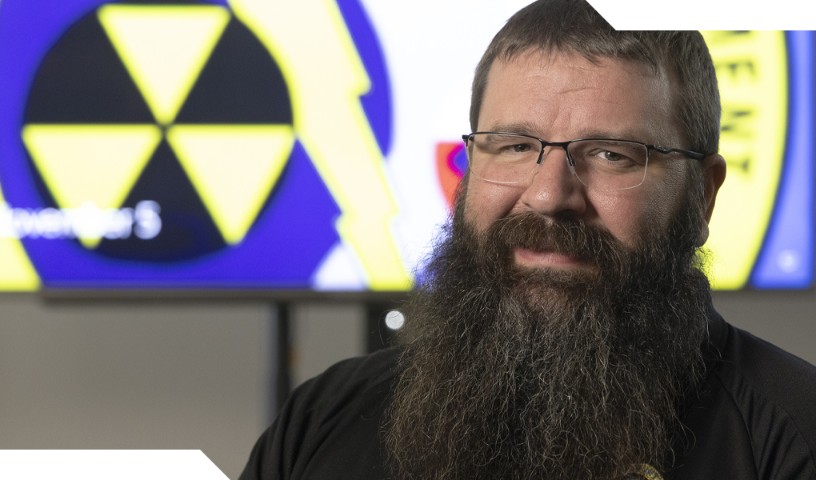 NPPGov is sharing this informative blog, featuring an NPPGov member, from FirstNet, Built With AT&T. You can find the original post here

Southwest Kansas is very, very isolated. The Atlantic called us the third-most isolated population of our size.

We’re a rural community, primarily agriculture-based with two meat-packing plants within our county. Together with the packing plants in Liberal and Garden City, we produce over a third of the world’s beef. We attract workforce from all over the world. And that leads to big city problems in a very, very rural environment.

So, we have to be self-supporting. We can’t depend on other people to come rescue us. If we don’t have it in place right now, the chances we’ll get it during a disaster might be pretty slim because we’ll be competing with other problems across the state. So we tend to be very, very self-sufficient here.

And we need reliable communications that allow us to communicate seamlessly.

That’s where FirstNet came in and made a huge difference in the way we do things, because it’s reliable and we can extend a network into whatever the application is.

We provide mission-critical push-to-talk services, we provide voice service, we provide data service. And the biggest thing we provide is transfer of information. But we have a very limited staff. So, our goal is to leverage technology to the dispatchers’ or the public safety officials’ advantage – and integrate that data into their operation to make sure they get the right data at the right time.

The challenge in the rural environment is resources. How many cell sites are there? How much bandwidth is going into those cell sites?

The pandemic really laid bare those bottlenecks. And it drove our decision to move to FirstNet.

A year before the pandemic, we had been through a test phase with FirstNet that was a failure. They had already deployed some Band 14 in Garden City. But the Band 14 deployment hadn’t happened in Ford County.

So we worked with the FirstNet Authority and they essentially said, “Go ahead and test it and then give us feedback, because we really can’t do anything for you if you’re not on the network. But if you are in the network, we can.”

So we became that proverbial squeaky wheel. And FirstNet accelerated its deployment of Band 14. They had already deployed some Band 14 in Garden City. But the Band 14 deployment hadn’t happened in Ford County.

Once that Band 14 deployment occurred, it was like they flipped a switch. All the promises of FirstNet came true. We discovered our bandwidth and our speeds and our coverage had grown exponentially overnight.

We purchased a PodRunner that had a Cradlepoint modem in it. And we dropped a SIM from a commercial carrier and a FirstNet SIM into that modem. We were expecting to use the commercial SIM, with FirstNet as a back-up.

What we found when we dropped that FirstNet SIM in is, we had phenomenal coverage and phenomenal bandwidth and all of the magic that FirstNet is. So we turned on our other devices and started doing some testing.

Challenges of a pandemic

Within a few months, the pandemic hit. At first, we didn’t think much of it. And then they sent all the kids home from school. And the kids did what kids do. They began gaming, watching video and streaming. And our network connectivity just dumped.

I had to use GETS and WPS to call my dispatch center. That stunning failure in the network connectivity shifted our paradigm, because immediately we needed priority. We needed preemption.

In less than 24 hours (more like eight hours), I had a FirstNet SIM in my phone. And I immediately ordered more devices. Our emergency manager had the National Guard on the way to set up COVID-19 testing locations. And they showed up with no communications support.

So we went from having the novelty of FirstNet to a massive deployment of FirstNet within a month. Once that floodgate opened, we went to almost 80 devices in the span of six weeks.

We provided our health department with FirstNet devices, including FirstNet Push-to-Talk. We supported the National Guard with data and voice services. And we coordinated all of that through emergency management.

When we began deploying modems, we immediately went into three-month uplift on all those devices. We knew exactly what was happening. We knew we had priority on our data.

We use multiple FirstNet solutions in the PSAP and out in the field. We provide all of the field support for all the county agencies. We’re a heavy user of Cradlepoint products offered by FirstNet. Those Cradlepoints are extraordinarily flexible. We have set up entire remote field offices.

Recently, when we took dispatching for Edwards County, we were instantly able to set up data connection with that PSAP securely, quickly, and without impacting any of their current infrastructure. We use Radio Over IP (RoIP) links on FirstNet. We use FirstNet for data collection from our radio sites.

We use FirstNet Push-to-Talk, which has been extraordinarily helpful from an administrative perspective. So we’re not tying up critical radio channels. We also depend on those as backup phone lines.

The state of Kansas, the 9-1-1 Coordinating Council, uses FirstNet as a backup 9-1-1 router, so we have fiber connections back in; and we have FirstNet on our PSAP backup. FirstNet essentially backs up our 9-1-1 calls.

They can prioritize and, for first responders, preempt, data when it’s critical. They can call on resources that will create a sustainable network. If we need to set up a site, we can call and they’re going to trust our judgment as to whether we need deployables.

Those are big things.

One of the biggest things that has worked for us is the relationship we have with the FirstNet staff and the FirstNet Authority. We can communicate our needs and have them listen.

It doesn’t matter if it’s a billing question or a technical question or a dream that I have of putting together some bizarre piece of equipment that integrates FirstNet. Our account executive and the state executive are absolutely some of the most responsive people I’ve seen in telecommunications. That has not been my experience with other vendors and other carriers.

When other counties are making the decision on whether to move to FirstNet, I challenge them to evaluate their situation as we did.

We were very, very loyal to another commercial carrier for many, many years and had no intention of moving. But we accepted the challenges the FirstNet Authority and the sales team threw at us to give it a shot.

I’m not a fanboy. But I have followed the development of the Public Safety Broadband Network, all the way from the Public Safety Broadband Trust and Harlin McEwen’s involvement in that process, when it was just a chunk of spectrum, through today. I had the unique opportunity to ask him his thoughts now that the network’s built out, and he said, “If it works for you, then the promise was delivered on. If you can use it and it is usable for you, then the promise has been delivered on.”

FirstNet has delivered on the promise and it does work for us.

Elliot Linke has been Director of Emergency Communications for Ford County for the last six years. As director, Linke is in charge of the strategic vision and management of the county’s processes when it comes to emergency communications, overseeing the technical, operational and training and career development divisions for the agency.

FirstNet and the FirstNet logo are registered trademarks and service marks of the First Responder Network Authority. All other marks are the property of their respective owners.